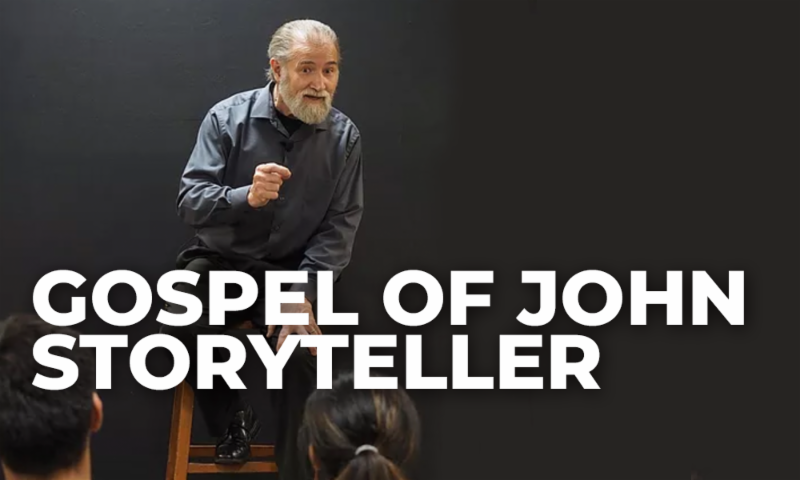 Gospel of John Storyteller –  in the Laguna Woods social hall.  Come for worship at 5pm, then stay for dinner and see a unique presentation as Steve Mahoney, Biblical storyteller, makes the Gospel of John come to life with his word-for-word memorization!

Steve Mahoney became a believer in the Lord Jesus Christ when he was 20 years old and soon began telling the stories from the Word of God to others. When he was 54, he had a health scare which could have cost him his life.

After three months of recovery, and out of appreciation for a spared life, he promised God he would memorize and dramatize the Gospel of John. Now Steve presents the Gospel of John to individuals and groups, making Jesus’ amazing miracles and message come alive by telling the Gospel of John from memory and in storytelling fashion.  Steve has been married to Diane for 41 years and they have two grown, married sons.

Steve and Diane both hail from Minneapolis, Minnesota, and Diane grew up in the very church (Trinity Lutheran of Minnehaha Falls, Minneapolis) that Pastor Leland first interned for when he was going to seminary in St. Paul, Minnesota.

Sign up at either campus to RSVP for dinner ($5).