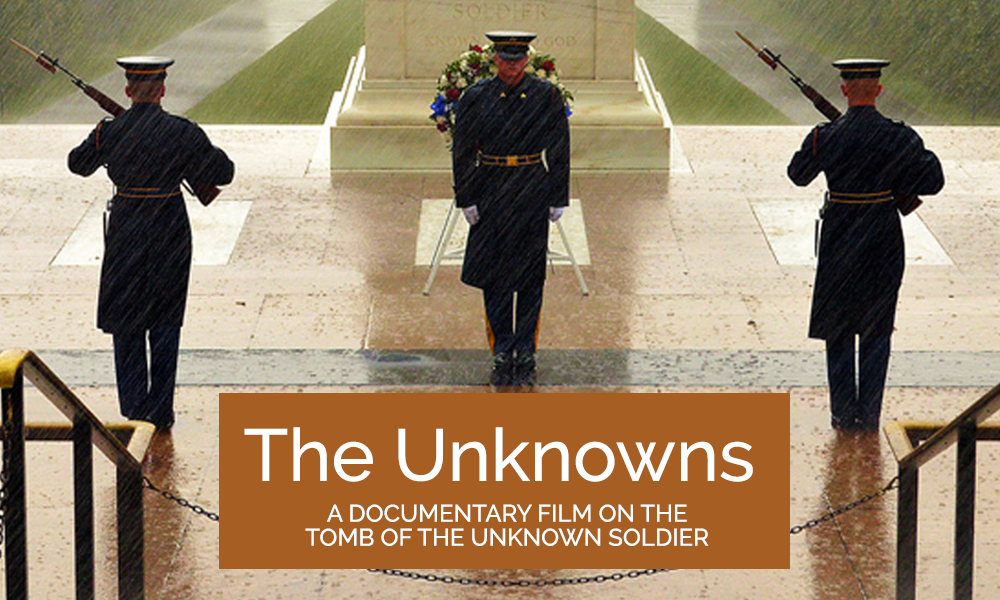 Movie Night and Dinner:
Featuring the film “The Unknowns”

Witness volunteers from the U.S. Army’s most elite ceremonial unit take on the intense training cycle at the Tomb of the Unknown Soldier in Arlington National Cemetery. Journey with the ‘New Men’ as they progress through a 9 ­month gauntlet of instruction, correction, and the endless pursuit of perfection. Watch as these soldiers are exposed to the rich history and honorable traditions of the brotherhood of Sentinels who guard the Tomb, as they learn what it means to protect our Nation’s Patriots amidst America’s most hallowed grounds.

Ethan Morse is a producer who served in the U.S. Army and earned badge #548 at the Tomb of the Unknown Soldier in 2006. Originally from New York, Ethan moved to Southern California after his military service to pursue his dreams.

Since moving to Orange County, he married Elizabeth Morse, produced in radio, television, and film and co-founded Time To Kill Productions. He drives a Mustang to help him reach his dreams as fast as humanly possible.

Ethan has agreed to join us for the screening of this film to lead a question and answer session afterward.